Irvine YMCA harriers had been founded in 1924 when the IRVINE branch of the Y.M.C.A. movement was established in a building situated across the road from the Burns Tavern in the High Street.

Almost from their inception Irvine YMCA Harriers established themselves as one of the top harriers clubs in Scotland, with the late 20’s and early 30’s being one of the most successful periods in the club’s history both in terms of quantity and quality of runners.

During this period some of the top Scottish athletes of the day ran for Irvine, with the most famous of these early athletes being C.P. Wilson who brough early fame to the club when he won the Western District individual championship in 1929, and was twice chosen to run for the Scottish Cross-Country team.

Due to their continual success in team events, Irvine YMCA were invited to compete in the first ever Edinburgh to Glasgow relay race, finishing 4th

The youth wing of the YMCA also flourished, with the South Western District Youth team championship coming to Irvine in 1954, 1955 and 1957.

Individual successes in this era were provided by Tom MacNeish and Billy Thomas.

MacNeish won the National Novice championship in 1948, was South Western district champion in 1949 and was selected for the Scottish team in the same year.

Billy joined the RAF where he excelled at 800 and 1500 metres, before accepting a scholarship to study English and Athletics at Howard Payne College in Texas, where he was nominated as a member of the National All-American cross-country team in 1963, 1964 and 1965.

The period from 1962 to 1976 was to bring many changes to Irvine YMCA harriers with the club losing its coveted place in the Edinburgh to Glasgow relay.

In 1963 the club moved to the the Woodlands pavillion, as a ‘temporary’ home after the YMCA building had been destroyed by fire.

Team successes were once more accompanied by the emergence of a runner of an individual brilliance. This time it was the turn of Brian Morrison, who won the Ayrshire senior Cross-Country championship twice in 1969 and 1970 and was 3rd in the Scottish Junior cross-country in 1969.

These performances were rewarded by selection for the Scottish Junior Cross-Country team in 1969, and the Scotland ‘B’ team in 1972, before emigrating to South Africa.

In the spring of 1972 the club resigned from the National Association of YMCA’s and renamed the club Irvine Athletic Club, eventually being incorporated into Irvine Sports Club in 1974 as a member section.

The club colours were changed from white vests with one broad blue hoop and red triangle on the front and red shorts to canary yellow vest and shorts with black edging.

In 1974 the club also resigned from the S.A.A.A. and S.C.C.U. to amalgamate with Kilmarnock Harriers, Ayr Seaforth and runners from the Garnock Valley to allow Ayrshire athletes to compete as a strong club in national competitions under the name of Ayrshire A.C.

Within a year Ayrshire A.C. had won the National Youth’s Cross-Country team race, and the senior team had been selected into the Edinburgh to Glasgow relay.

Early 1976 saw Irvine A.C. resign from Ayrshire A.C. and since the canary yellow colours had been adopted by the county club, Irvine once more changed its colours to red with navy trim.

The late 70’s and 80’s saw the club build up a strong membership, thanks mainly to the marathon boom, but it was not until 1990 that the club was re-admitted to the Edinburgh to Glasgow relay, after a lapse of 31 years. In the 1990s the club has qualified each year with the 2000 race being the pinnacle where Irvine AC took 8th place and collected the most meritorious award. The club followed up this success with an 8th team place in the National cross-country race, finishing 4 runners in the top 100.

Once again the upturn in fortune was helped by a promising individual, and on this occasion it was Billy Richardson, whose strength mainly in cross-country, brought the team back into recognition. Having joined the club in his late teens, Billy soon showed his potential, gaining under-23 Scottish cross-country selection and finishing with a 21st place in the National Senior cross-country. International vests over this period were won by Jim Stevenson (hill-running), Lee Richardson (under-23 cross country) and Jim White, Colin Miller, Jackie Byng, Kath Melville, Liz McGarry and Helen Morton (Scottish veterans cross-country). Since the turn of the milenia, Billy struggled with injury and his younger brother Lee emerged from his shadow, and indivdually finnished 7th in the Scottish National XC champs, however , as a team, along with late starter David Millar, these 3 gave Irvine the strength to win a silver medal the West District XC relay championships in 2004. David in particular has retained a very high standard of running and is generally recognised as the best Veteran road runner in Scotland, invariably winning th Vets category sat any race he enters, and more often than not the open race. He now has a majestic 5 Ayrshire open cross country titles to his name.

The club has a large junior section, and competes in track and field as well as road and cross-country. 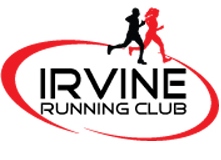